When to get tested for STDs

What is syphilis: definition, manifestation and treatment principles

What is STIs (sexually transmitted infections)? 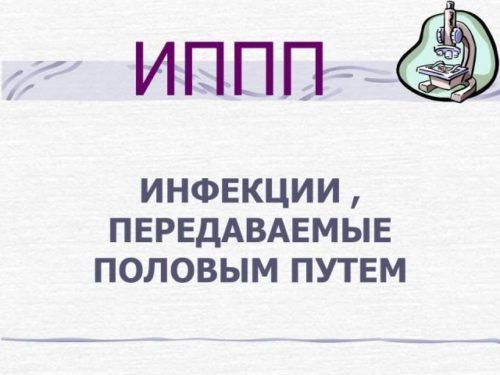 AIDS stands for acquired immunodeficiency syndrome which clearly explains all the reasons why the illness occurs. The human body comes to lower immunity, thus becoming prone to several other infections or cancer. This sexually transmitted infection is the pathogen in the face of HIV (virus of human immune deficiency, that is, viruses that causes loss of immunity in humans).

All the way through which you can transmit the infection

Transmission of HIV virus through blood transfusion or organ transplantation in developed countries are completely excluded, but in third world countries the disease is often expanded so that both men and women. For minor wounds the risk of infection from a person infected with HIV is unlikely, because the transmission must be a certain amount of the virus. But, to prevent infection it is necessary to use such means of hygiene of another person, like a toothbrush, razor, etc. All these accessories can be potential carriers of infection.

Very risky is the sharing of needles by drug users or reuse of hypodermic needles without adequate sterilization in countries with poor health care.

A woman can transmit the infection to the fetus during pregnancy, childbirth and during lactation. Modern medicine is able to reduce the risk of transmission approximately 2/3 full. Due to the fact that the virus is passing through breast milk, HIV-infected mothers breastfeeding is not recommended!

Symptoms caused by AIDS, the characteristic triad of diseases

Diseases caused by microorganisms that normally suppresses healthy body through the proper functioning of the immune system. Patients with AIDS most often affects the lungs, digestive system, brain and skin.

Kaposi's sarcoma affects 35% of patients. It is a disease characterized by purple or brown skin lesions. The disease also affects the lymph nodes, lungs and other internal organs.

In the case of AIDS, the person is not able to be able to do something, because to date, there are only researched a cure for HIV, which has not yet fully proved its effectiveness and harmlessness.

Syphilis is a sexually transmitted infection, which is caused by spiral bacteria – Treponema pallidum (pale Treponema). Occurs in men and women. Man is the only carrier of this bacteria. The transfer of bacteria occurs through sexual intercourse (vaginal, anal and oral), through a small trauma to the skin or mucosa. The bacteria can infect the fetus of a pregnant woman with syphilis in the event of their penetration through the placenta (placental transfer), the child can be infected through breast milk during lactation. If the child strikes the infection (sexually transmitted diseases (all of them!) have many more harm to little body than an adult) that the newborn comes to serious damage to the body, which often ends in death. Informed high risk has arisen as a result of transplantation of blood, at present this transmission is almost impossible due to the rigorous testing of blood donors.

This disease is characterized by 3 stages where the final stage of causing serious damage to the body, leads to dementia and, if untreated, to death or disability. Syphilis is treated with antibiotics. Hazardous in case of illness, is to ignore the manifested symptoms and the lack of timely treatment.

Syphilis is subject to mandatory reporting. In practice, this means that the attending physician must inform the patient of the local health Department. Together they are involved in sexual contacts of the patient should also undergo syphilis testing.

This infectious disease is most prevalent in the age group of 15-30 years.

Syphilis – the symptoms of the disease

The incubation period of the disease ranges from 10 to 90 days, usually 3 weeks.

Syphilis is characterized by 3 stages of development:

Chlamydia is a disease of bacterial origin, which is transmitted sexually (vaginal, oral and anal), drip (akin to the flu) or during childbirth from mother to child. The causative agent is the bacterium chlamydia. Infection is the most common sexually transmitted disease worldwide. Up to 90% of infected women and half of infected men the presence of an infection may not know due to the lack of expression or moderate symptoms. If untreated, chlamydia can be dangerous for health. It is shown that chlamydia cause infertility in women. Modern medical research shows that the presence of chlamydia (a common bacterial infection that may not show any clinical symptoms) leads to reduced fertility, inflammation of the genital organs caused by chlamydia has a direct impact on male fertility.

There are 6 most common types of chlamydia:

Annually, according to who estimates, chlamydia infects about 100 million people, at the same time, these numbers are far from final amount. Because the disease is difficult to diagnose, it is likely that disease infected several times higher percentage of the population.

Chlamydia – the symptoms of the disease

Insidious disease lies primarily in its latent stage, the infected person for several years can fail to notice the presence of any symptoms. Secondary advanced phase of infection shows the same symptoms as a common treatable bacterial infection of the genital organs (candidiasis, gonorrhea, Trichomonas) or viral infection (influenza, pneumonia, Lyme disease).

The incubation period of the pneumonic form of the disease is 1-3 weeks. Chlamydia of this type is the cause of acute respiratory disease, accompanied by a suffocating cough, sore throat, hoarseness and high fever can lead to severe lung disease. The symptoms are similar to symptoms of intense flu. Often they have a strong sense of fatigue, abnormal muscle spasms, pain in the joints or abdomen, but can also be a sore throat or toothache. Relief comes slowly the cough persists for several weeks. If untreated, chlamydia infection can spread to the nervous tissue in the brain or in the muscles and joints. There is also a risk of its invasion of the immune system, which can cause chronic fatigue syndrome.

The incubation period of STDs varies from 1 to 3 weeks. The first sign of infection are painful sores on the genitals. After a few days comes the rise in temperature with chills. At the same time, swelling of the lymph nodes in the groin area. Chlamydia in the female body affects not only the uterine cells, but may settle in the urethra or rectum. The infection spreads, causing inflammation of the cervix and, ultimately, may lead to serious damage to the entire reproductive tract. Broken mucosa causing the adhesion of the oviducts and the subsequent risk of ectopic pregnancy or disintegration of the ovaries and uterus, leading to infertility. In pregnant women increases the risk of miscarriage or premature birth. Newborns often within 2 weeks of developing neonatal blindness or pneumonia.

The vast majority of cases in women, however, are asymptomatic or accompanied by mild symptoms. Less frequent symptoms of chlamydia are Muco-purulent discharge and burning in the vagina, burning when urinating, frequent urge to urinate, pain in the abdomen or lower abdomen, painful intercourse, heavy menstrual bleeding during menstrual cycle.

In men, usually occurs when damage to the urethra, adnexa, rectum, and anus. Chlamydia in men causes urethritis. The incubation period in these cases is 10 to 20 days, after which there is a burning sensation in the urethra and purulent, sometimes yellowish discharge varying intensity (from one droplet to the strong outflow). The clinical picture resembles an easy course of gonorrhea.

The third form of venereal disease, are more rare, impresses the eye, where due to infection develops conjunctivitis, which, if nottreated, can lead to blindness.

Pubic lice infection also refers to diseases, sexually transmitted diseases, because the problem is spread through sexual intercourse. Pubic lice is a living organism, bright colors, and females reach a size of 1.5 mm. They occur on hairy areas, mainly around the genitals. In case of a stronger infestation by pubic lice appear in the hairy abdomen and chest, armpits, eyebrows, eyelashes, beard. Pubic lice live in the hair on his head. For them hair is too thin, and they are not able to resist. The female, being attached to the root of the hair, lays eggs (nits) that are firmly stick to the hair and gradually grow with them. Larvae hatch from eggs in a week, and after 14 days reaches maturity, after which females lay 20 to 40 eggs. Nits on the hair when crushed between the nails emit a characteristic popping sound.

The source of infection is the person is infected with pubic lice. The vast majority of cases, transmission occurs through sexual contact, but there is also the risk of infection via bed linens and towels, the toilet seat in the bathroom or even in public transport. However, without blood, the lice die pretty quickly, so this risk is not too large (without a carrier they survive about 24 hours).

In recent years, developed countries have reached to a significant reduction in the incidence of this type of lice that is associated with the current fashion trend – waxing intimate areas and underarms.

Pubic lice are a sexually transmitted diseases, therefore, just as in the case of infectious diseases, this issue is subject to notification of a sexual partner!

After biting lice occurs itchy rash, skin bleeding slightly, there are scabs or eczema. Symptom is the formation of a several centimeter bluish spots on the skin under the action of enzymes contained in the saliva of parasites, and act on the blood pigment. These symptoms appear in those places where the lice are located.