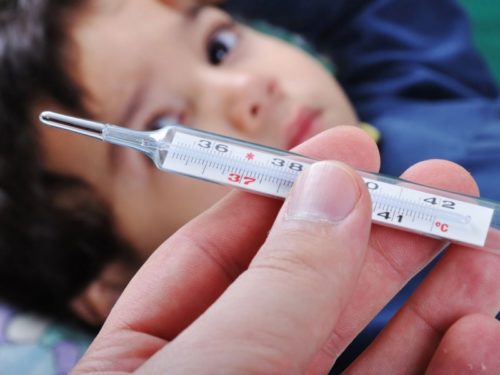 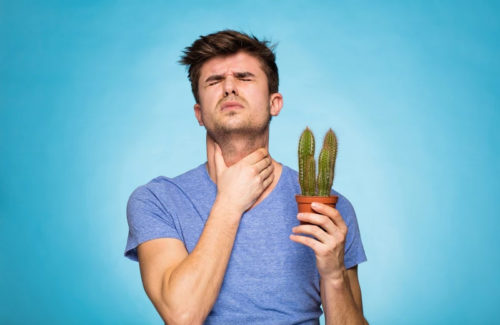 How to treat a bacterial infection in the throat

Diphtheria: its cause, classification, symptoms and treatment

Scarlet fever and its manifestations in modern pediatric practice 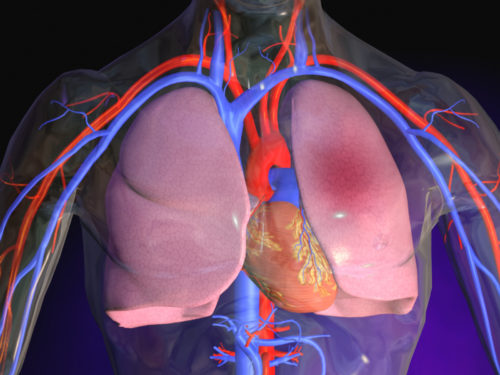 What is pulmonary edema? Pulmonary edema (eng.: pulmonary oedema) is an accumulation of fluid in lung tissue, leading to disruption of their function, which is the exchange of gases between the blood and the external environment. In an advanced stage of pulmonary edema, the consequences could be serious, including respiratory failure.

The patient in layman's terms, the disease does not necessarily recognize as such, pulmonary edema symptoms is such that includes a feeling of shortness of breath and, coming out, anxiety. Breathing becomes shallower and faster, accompanied by the expectoration of a liquid which can be frothy and pink. Noticeable can be sweating all over the body.

The most common reason is the inability of the pumping of the heart (left ventricular failure, acute myocardial infarction, etc.). Therefore, the blood accumulates in the pulmonary vessels ("hearts"), and under high pressure comes to filtering fluids from the blood into the alveoli. It disturbed the exchange of respiratory gases because the capacity of the alveoli is reduced due to the presence of liquid. For this reason, in the case of degradation occurs cyanosis of the peripheral body parts (ears, fingertips, lips).

Another possible cause is acute respiratory distress syndrome (ARDS). This damage the walls of the alveoli and magalperina partitions, which become more permeable and allow infiltration of liquid or whole blood to the alveoli. This occurs when serious inflammation of the lungs, and in shock, poisoning, certain medications, inhalation of smoke and toxic gases, aspiration…

In case of a sudden onset of symptoms listed above, you must call an ambulance. If the patient's condition allows it, it is advisable to put it on the table, but the legs leave freely hanging down to reduce venous return of blood from the lower body.

Pulmonary edema causes (etiology) may have a different – the most common cause is heart failure (cardiogenic etiology), when the heart ceases to function as a pump and fit the blood in front of you – i.e. in the lungs, causing acute swelling.

With this disorder are pulmonary edema treatment depends on the underlying cause. In severe cases, the person should be hospitalized in the ICU and, if necessary, connected to the ventilator. In the absence of treatment, the disease can lead to coma and death because the main complication is hypoxia (insufficient tissue oxygenation).

Pulmonary edema is a term denoting an unpleasant and dangerous condition, when the fluid accumulates in the lungs. We are not talking about the fluid received into the lungs by inhalation, but blood liquid which filtered into the alveoli from the environment. How is this condition and what the possible consequences will be discussed further.

First of all, it is necessary to briefly describe the structure of the lungs. Each of them maintains a bronchus, in which the lung begins to move to the branching into smaller and smaller tubes. At the end of the smallest tubes are the millions of thin walled sacs – the alveoli. Around them stretched a spiderweb of blood vessels. These vessels are based on the right side of the heart pass through the lungs and, eventually, pass to the left side of the heart. The thin walls of the alveoli and blood vessels adjacent to them, although not allow you to transfer the blood into the alveoli, but they allow the passage of blood gases. From the blood into the alveoli of the lungs is carbon dioxide, but rather from the alveoli into the blood oxygen. If for any reason the bandwidthincreases and comes to the filtration of blood fluid into the alveoli, pulmonary edema occurs. 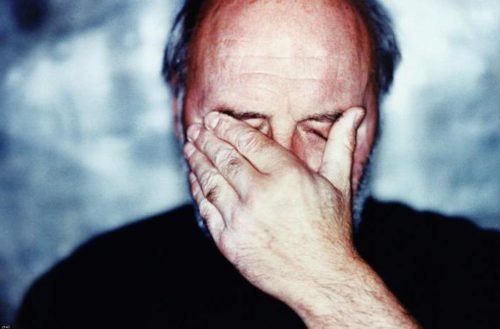 What could be the cause of this condition? There are many of them, but, in General, everything can be reduced to 2 categories.

Cardiogenic (heart) reason – it includes all causes of action arising out of violations of cardiac function. The main reason is insufficiency of the left ventricle. If there is a violation of the left half of the heart, it can't cope with the pumping of blood in the great circulation. In addition, blood begins to accumulate in the anterior part of the left half of the heart, that is, in the pulmonary circulation. Blood pressure in the pulmonary circulation is increased, whereby the fluid filtered into the alveoli. The reasons are varied, from damage to the heart muscle, coronary heart disease (including heart attack), diseases of the heart valves and heart rhythm disorders.

Nocardioides (not a heart) causes: causes that are not related to heart. It should be noted that they are much more rare, so will mention them only slightly. This group of reasons includes conditions associated with damage to the mucous membrane of the alveoli, which causes inflow of fluid into the alveoli. This situation is known as ARDS (acute respiratory distress syndrome) or shock lung.

The main manifestation is dyspnea, which is when heart failure worsens at night, when a person adopts the supine position. In this regard, one has to put under his head more pillows and sleep in half-sitting position. To add a cough. Initially, it is dry and irritating. The amount of fluid in the alveoli begins to grow, it becomes wet, and the man otraslevoe pink liquid.

Help in the diagnosis of clinical signs and information about any previous heart disease. When listening with a stethoscope to determined wet noises in the lungs caused by the liquid. On the chest x-ray shows the multiplication of vascular pattern, which indicates a stagnation of blood in the pulmonary arteries. Quite often an accompanying conclusion on physical examination and radiographs is the presence of water in the lungs.

The basics of treatment 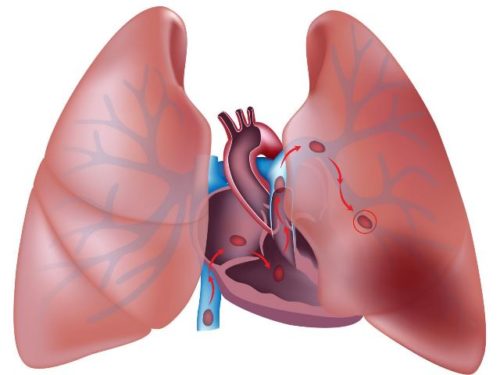 In cardiogenic oedema therapy is aimed at the withdrawal of fluid, thereby reducing its volume in the lungs. For these purposes the so-called diuretics. These drugs can cause increased secretion of water by the kidneys, thereby reducing the volume of fluid in the blood vessels. The ideal drugs are those that have a quick effect and can be administered intravenously, in particular, medicines containing Furosemide. In addition, drugs are introduced to the patient to facilitate breathing, if necessary, is performed by inhaling oxygen. In severe cases, the person should be hospitalized in the ICU and, if necessary, connected to a ventilator. In addition to these measures, it is necessary to find out why there was a disruption of the heart, and this cause to be further considered.

The lungs have two main compartments: extravascularly the interstices and alveolar space. Alveolar air is separated from the interstices of the alveolar epithelium, which are almost impermeable to proteins. Proteins were detained in this way, represent a significant osmotic force that prevents water transfer in the alveoli. Therefore, flooding of the alveoli with fluid (alveolar edema) is a fairly recent and very serious conclusion.

In contrast, the endothelium of the pulmonary capillaries, which separates the interstitial space from the intravascular to proteins is not completely impenetrable. The transfer of liquid through it, therefore easier. The amount of fluid flowing through the capillary endothelium, is determined by the size of the endothelial surface permeability of the alveolar epithelium and the total pressure, which is responsible for fluid transport.

Imbalance in any of the determinants of fluid transport (endothelial and epithelial permeability, hydrostatic pressure, oncotic pressure) can lead to pulmonary edema (when you exceed the capacity of lymphatic drainage).

As the disease manifests itself?

Common signs include the following symptoms:

Cardiogenic form is the most common form of pulmonary edema caused by increased pulmonary capillary pressure, at elevated pressure in the left atrium. Acute cardiogenic edema is the most dramatic symptom of left ventricular failure.

A sick person coughing up pink frothy liquid. If the cause is acute myocardial infarction, in humans, as a rule, there is severe pain in the region of the heart. Respiratory rate increases, the wings of the nose dilated, when inhaling takes place the retraction of intercostal and supraclavicular holes, reflecting the high negative pressure. Noisy breathing, heard the raucous sounds. Due to low cardiac output and enhance sympathetic tone occurs profuse sweating, a person has bluish skin color. 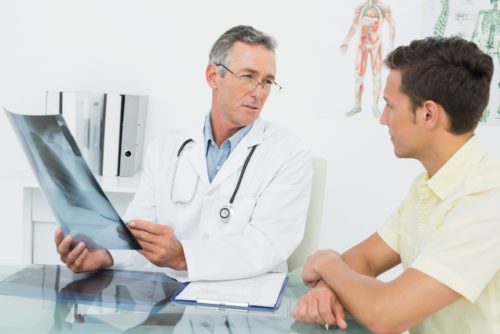 The decision how to treat pulmonary edema cardiogenic nature, is made solely by the physician. Require hospitalization, intravenous nitrates and loop diuretics, oxygen inhalation, morphine, all procedures are performed in a sitting position.

Pulmonary edema in Association with increase in perfusion or reperfusion

Some medical treatments contribute to the enhancement of regional pulmonary flow:

Pulmonary edema due to fluid overload

Edema due to renal failure (uremia lungs), primarily caused by gipergidratace due to increased blood volume. Often the presence of anemia may further increase cardiac output. All this leads to high capillary pressure. Hypoproteinemia reduces the oncotic pressure and cardiac function may be damaged closer undefined uremic toxin. Some patients with acute pulmonary edema have a normal diastolic pressure in pulmonary artery and edema fluid with high protein content, therefore it can also be affected by the permeability of the capillaries.

Dialysis leads to a decrease in circulating blood volume and the retreat of the swelling.

Edema due to hypoproteinemia

She hypoproteinemia does not cause disease, but can contribute to its creation. With decreasing plasma oncotic pressure comes to the transudation of fluid at low capillary pressure. Hypoproteinemia for various reasons or excessive flow of fluids nekolaichuk lead to gravity-dependent peripheral edema without an increase in systemic venous pressure.

Careful correction of low oncotic pressure by the introduction of Albumin.